Skip to content
Secrets floating in our water – the Sargassum Invasion

What they won't tell you about Sargassum

Sargassum is the reddish-brown clumps of seaweed that you see washing up on the beach in the spring and early summer of Cancun Mexico. It is found in every ocean except the Antarctic. The name is derived from a Portuguese word for a type of Grape. The sailors that sailed with Christopher Columbus thought the air bladder that keeps the algae afloat looked like a grape, hence the name.

Fishermen have talked about the seaweed for centuries. The floating seaweed was first reported by Christopher Columbus in the 15th century, in his diary. He sailed through the Sargasso Sea in 1492 and thought that he must have reached land as he looked at the stretch of brown surface.

Research shows us this is a very complex community of organisms that are essential to the ocean’s habitats.

This unique habitat benefits a great variety of marine life. Many fish find shelter from their predators while under this floating habitat.

There are several species of organism that are only found in Sargassum, according to the UNC Coastal Studies Institute Research Professor Lindsay Dubbs.

These floating mats provide essential habitat for shrimp, crab, fish and other marine species that have adapted to these floating algae. Threatened and endangered eels, sharks and dolphinfish spawn in the algae, and certain birds use it for food. The Sargassum is so important that it is "protected fish habitat" in the Pelagic Ocean.

Some of the Sargassum washes ashore, but most of the seaweed from the Gulf of Mexico travels back through the Gulf Stream and is thereby carried off to the coast of North Carolina and then out to the open ocean to what is called the Sargasso Sea. This is a huge collection of Sargassum that stretches for hundreds of miles in the North Atlantic.

Hola! I am Megan 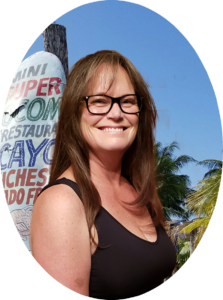 What are they saying?